The song is 13 minutes and 42 seconds long and uses actual lines from the poem as song lyrics. Iron Maiden not only reads nineteenth-century poetry and short stories.


They also read science fiction. This run-down of songs is far from complete. Which Iron Maiden songs inspired by literature would you like to include in your list? Heinlein was a hack. Thank God for Adrian Smith's appropriating that little piece of pop-poetry and applying it to a song that dips and rolls and resounds with the kind of vast guitar solos that lend this one a real air of lonely wandering.

Iron Maiden are so cool, they're getting their own comic book series

Iron Maiden - "To Tame a Land" Remember Dune, that novel you always wanted to read but didn't because the appendix in the back was longer than the actual book? Yeah, well, unlike you, Iron Maiden not only finished that book, they wrote a song that recapitulates the whole damn story in just 7-and-a-half minutes, which is approximately one bajillionth the time it takes David Lynch's abysmal adaptation to run its course. This arid scorcher of a ballad makes every other Dune-inspired piece of pop culture look about as overstuffed and ghastly as Vladimir Harkonnen himself.

Iron Maiden - "Out of the Silent Planet" It was always considered cool, for some bizarre reason, to pay tribute to Tolkien and The Lord of the Rings, but how many songs can you name based on the works of C.

Nobody's exactly tripping over themselves to write about Narnia, are they? Except Iron Maiden made this little ditty in tribute to the first novel in C. 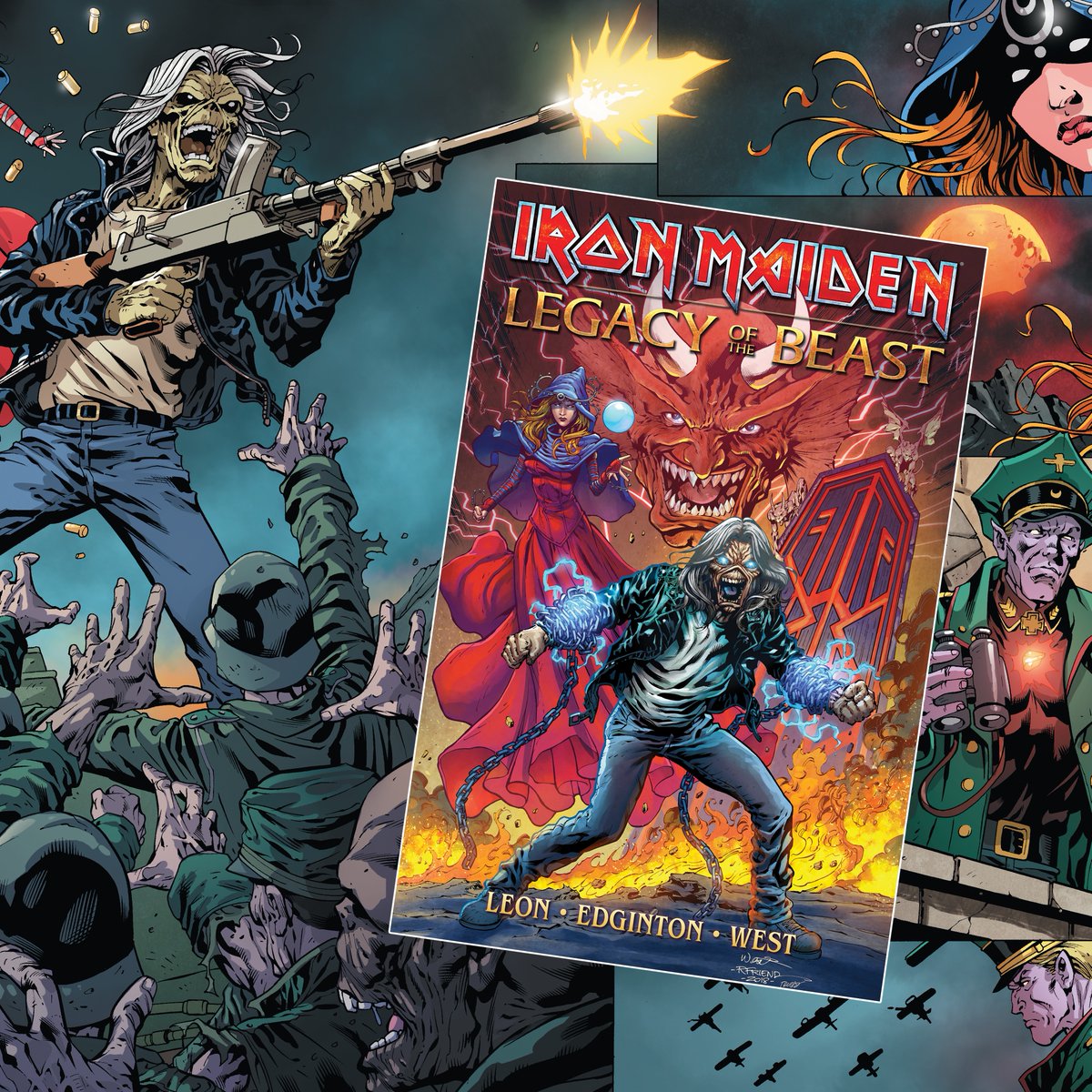 Lewis' "Space Trilogy. Iron Maiden - "The Man Who Would Be King" Rudyard Kipling might get a bad rap these days for being a bit of an Imperialist twit, but if you're gonna hold that against him then, well, I'm gonna guess you're probably not a big fan of any literature at all.

Lucky for us, the members of Iron Maiden are more concerned with rocking than passing obnoxious moral judgments on the long dead. Otherwise, we'd never have gotten this perfect homage to Kipling's minor-epic about rampant colonialism, messianic complexes, distorted history and, most importantly, the baffling nature of friendship and that's a heaping helping more useful than another half-formed rant about "dead white males.

Except Maiden, who eschewed paying homage to Orwell's simplistic, one-sided tract in favor of giving thunderous voice to Huxley's much-more critical, nuanced, and quite frankly much more accurate prophecy with a song as passionate and savage as its namesake's hero. Iron Maiden - "Flight of Icarus" While it's a pretty straight re-telling of the Icarus myth, lyrically, what Iron Maiden gets here, that other would-be classicists never seemed to get, is that rock is mythology and to that end you need to keep it short, sweet and muscular, just like all good myths.


Yeah, that's basically what Aristotle was going on about in his Poetics , so that makes this one a clench. Iron Maiden - "Revelations" Are there any other bands who'd kick off an homage to Alleister Crowley with a direct quote from G. Chesterton's "O God of Earth and Altar? Llexi Leon, Interactive Creative Director at Phantom Music Management adds, "After 40 years of unbridled creativity, innovation, and attitude, Heavy Metal has always been a home to the greatest talent in sequential storytelling and fantasy art.

With a natural affiliation to the heavy music genre, it's a nexus point for counter culture and alternative arts. I can think of no better partner to explore Iron Maiden's Mythology and expand the Legacy of the Beast! The full release schedule for all five issues of Legacy of the Beast can be seen below.